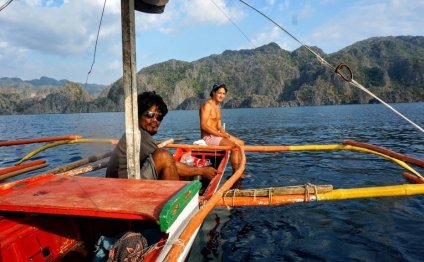 As Asia’s oldest democracy, located in the world’s most economically dynamic region, and blessed with incredible human and natural resources, the Philippines should be far more stable, prosperous and well‐ governed than it is. Indeed, at the 20th century’s midpoint the Philippines was still “the Pearl of the Orient, ” with the highest per capita GDP in Asia. But in the decades since, the country’s economic performance has lagged and per capita GDP is now among the lowest in Southeast Asia – last among the five original ASEAN (Association of Southeast Asian Nations) members (Habito 2010).1

In 2011, the United States Government (USG) and the Government of the Philippines (GPH) joined in a new Partnership for Growth (PFG), a combined effort by all elements of the USG to work with the GPH to transform the country by addressing its most serious constraints to development and growth. In planning the PFG, the two countries conducted a joint analysis which concluded that the key constraints to growth in the Philippines are a lack of fiscal space (insufficient public revenues for investment and services) and weak governance, and that underlying both is pervasive corruption. The analysis also found that efforts to increase fiscal space and strengthen governance may also hinge upon broadening representation in the polity and diminishing state capture by the traditional economic elite. Poor infrastructure and inadequate human capital (people who are poorly educated and unhealthy) were also identified as serious constraints, but these are exacerbated by poor governance and related underlying issues. Other analyses indicate that a population growing faster than the economy presents additional challenges.

This Country Development Cooperation Strategy (CDCS) describes USAID’s program to support the PFG, the underlying development hypotheses that this strategy reflects, and the empirical data upon which these strategic choices were based. It articulates USAID’s goal of creating a more stable, prosperous and well governed Philippines by accelerating and sustaining broad‐based, equitable and inclusive economic growth, enhancing peace and stability in conflict‐affected areas of Mindanao, and improving environmental resilience (by reducing the risks from natural disasters and improving the management of natural resources). Most importantly, through this strategy USAID energetically partners with the government and people of the Philippines to transform their country for the benefit of all Filipinos.

Over the past several decades, economic growth in the Philippines has been insufficient to significantly raise real incomes or reduce poverty, and an estimated 41.5 percent of Filipinos – about 39 million people – still live on less than the international poverty level of $2 a day (World Development Indicators 2011). Growth remains constrained by ineffective governance (including a poor regulatory environment, rampant corruption, and weak rule of law), elite state capture, inadequate health and social services, decaying infrastructure, degrading environments, frequent natural disasters, and a population growth that outpaces the rate of economic development. Trade and investment lag, the economy stagnates and job growth remains woefully insufficient.

Corruption is consistently cited as the most serious problem underlying the lack of development in the Philippines. Reducing corruption, both within and outside government, and addressing its related underlying causes, would substantially increase economic competitiveness and produce much higher levels of domestic and foreign investment. A focus on governance –reducing corruption, growing fiscal space, increasing regulatory and institutional effectiveness, enhancing the rule of law, and improving judicial effectiveness – therefore cross‐cuts nearly every element of USAID’s strategy.

Philippines becomes the first country to destroy its ...

Philippines - Country of the Year 2013

The Philippines: the most typhoon battered country