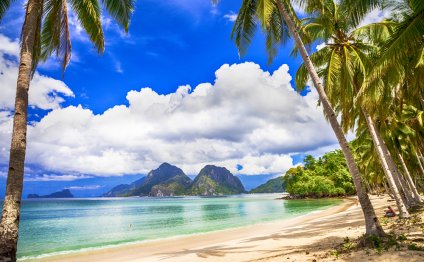 Go to the Philippines

I recently went on an incredible trip to the Philippines. It’s not a country which is well known to South Africans, so here are a few quick facts, some things to take into consideration and some advice from someone who’s been.

10 Quick Random Facts to Help You Understand the Country:

If you’ve heard anything about the Philippines, it’s been about the weather. It’s usually not good news either. The Philippines is generally a warm, wet country with the average maximums around 26-27°C, though most of the beach destinations hover around the 28-30°C mark year-round. It gets a staggering average of 19 typhoons annually, though these can be avoided by visiting islands in the South West which rarely get the full-brunt of these storms. These islands include: Palawan, Culion and Busuanga (Coron).

The country has 3 seasons: Tag-Init, a hot, dry season from March to May; Tag-Ulan, the rainy season from June to November; and Tag-Lamig, the cool and dry season from December to February. By cool, though, they usually mean temperatures between 26°C and 28°C, so definitely not cool by South African standards! Travelling between December and April is usually when you’ll get the least rain.

Which Islands Should You Choose?

Boracay is the most famous, it’s small, but it’s a bit more like Phuket than the rest of the islands in the country; it’s where you’ll find the best night life and party atmosphere. Bohol is a great one for seeing unusual places like the Chocolate Hills and doing unusual things like swimming with whalesharks. The largest island, Luzon is where you can visit the incredible and ancient rice terraces of Banaue. It’s also where you’ll find Manila, the country’s massive capital and for the geography nerds, it’s where you can see the island in a lake in an island in a lake in an island (the Taal Lake & Volcano at Tagaytay, 1 hour from Manila).

A Thousand Reasons to Go to the Philippines!

Vacation Destination? Go To The Philippines!

Flights to the Philippines

It appears that the date/time on your computer is not set correctly. This will affect your ability to use KAYAK properly…

MANILA, Philippines - The heat smacked me in the face as soon as I walked out of the airport. It was something I hadn’t felt…