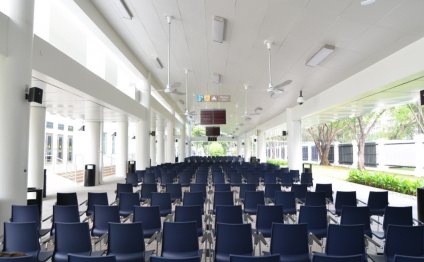 On Saturday 25 April 2015 the Australian and New Zealand Embassies in Manila will jointly host the Centenary of ANZAC Day Dawn Service ceremony, at the Libingan ng mga Bayani (Tomb of the Unknown Soldier), Fort Bonifacio, Makati City, Metro Manila. The Dawn Service will commence at 5:30am.

“The Gallipoli landing and subsequent battles which took place a century ago at what is now known as Anzac Cove was a defining moment for Australia and New Zealand. The courage, resilience and mateship shown by the first Anzacs has had a lasting influence on our national character, and what has become known as the ‘Anzac spirit’ has become an essential element of our national identity. Indeed, ANZAC Day now commemorates the service and sacrifice of our service men and women across all wars and peacekeeping operations, ” said Australian Ambassador Bill Tweddell.

"As we commemorate a seminal time in our nationhood and ponder the loss of many thousands of cherished sons of Australia, New Zealand and Turkey we should reflect on the horrors of war and the enormously destructive forces of nationalism and militarism which sadly are all too common today. For Australia and New Zealand Gallipoli was the gateway to nationhood. The ANZAC spirit lives on today as we seek to forge a just international order that respects democracy, human rights, religious tolerance and peaceful means of conflict resolution, ” said New Zealand Ambassador David Strachan.

The ANZAC Day Dawn Service at Libingan ng mga Bayani is attended by members of the Australian and New Zealand communities, the Turkish Ambassador, representatives of the British, French and Indian Armed Forces, who also participated in the Allied Forces Dardanelles Campaign, as well as our partners from the Philippine Armed Forces, Police and other government offices. The Service is also open to all members of the public who wish to acknowledge the fallen of Australia and New Zealand.

Individuals or representatives of organisations who wish to lay a wreath are welcome to do so at the appropriate moment during the ceremony. Attendees are encouraged to wear medals; personal medals should be worn on the left breast; medals of family members should be worn on the right breast. The ceremony will commence at 05:30 am and attendees should arrive at the venue no later than 5:15 am.

For tourists travelling abroad you will need to provide the following: - valid passport - valid visa and - a return ticket…