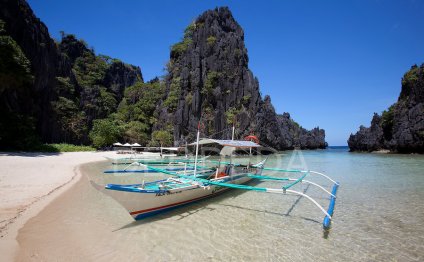 Sulu ArchipelagoTed Spiegel—Rapho/Photo Researchersarchipelago comprising hundreds of volcanic and coral islands and numerous rocks and reefs in the southwestern Philippines. A double island chain, it extends 170 miles (270 km) southwest from Basilan island off southwestern Mindanao and ends near the eastern shores of Sabah (East Malaysia). The islands, the most important of which are Jolo, Tawi Tawi, Sanga-Sanga, Sibutu, Siasi, and Cagayan Sulu, form a rampart between the Sulu (northwest) and Celebes (southeast) seas. The islands are thickly forested, and their fertile soils support some rice, cassava, coconuts, and fruit. Marine-based activities, however, are the economic mainstay.

The Sulu “sea world” has had a tempestuous history. Its people have been characterized by a fierce sense of cultural and political independence. The islanders were converted to Islam by the missionary adventurer Abū Bakr in the mid-15th century. He married a local princess, inherited the title of sultan, and turned his island principality into a regional Muslim state. The Spanish never subdued the inhabitants, whom they called Moros. The Muslim territory was a meeting ground for sea traders, shell and coral producers, fishermen, pirates, and slave traders, and the residents had extensive regional contacts and raided areas as far away as Malaysia and northern Luzon.

The people of the archipelago were subjugated after a series of U.S. campaigns (1899–1913), during which John J. Pershing (later commander in chief of the U.S. forces in World War I) first distinguished himself as an officer. The archipelago was treated as a separate unit under the U.S. administration, and civil government came into force in 1914. In March 1915 the reigning sultan abdicated his civil powers, retaining only his rights as head of the Islamic faith, but sporadic fighting continued between government forces and outlaw bands. In 1940 the sultan ceded the Sulus to the Philippines, but he continued to claim sovereignty over the Malaysian state of Sabah (northern Borneo) into the 1960s.

Resistance to civil authority has continued in the form of illegal trade and piracy. The islands, with their myriad coves and hidden passages, are a haven for smugglers, who transport goods in small craft from Sabah to Luzon and .

The Sulu islands’ culture is primarily one of the sea; only has a significant agricultural economy. There are several pearl beds in the group, and marine resources include button shell, mother-of-pearl, coral, shark fins, bêche-de-mer (sea cucumbers), turtle shells, turtle eggs, and sponges. The Turtle Islands in the west are the centre of turtle fisheries. This marine wealth has not been tapped on an organized basis and remains a subsistence economic activity, usually supplemented by small-scale agriculture. Rice must be imported. There are no significant mineral resources, and forestry is not developed.