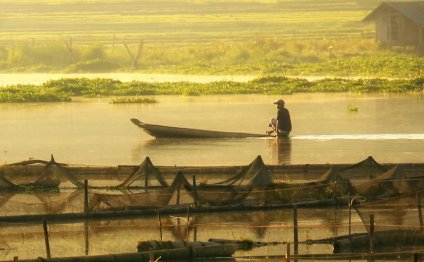 Graced by dazzling beaches, year-round sun and numerous opportunities for diving, island-hopping and surfing, the Philippines has long attracted a steady stream of foreign visitors. Yet there’s far more to these islands than sand and snorkelling. Beyond the coastline are places to visit of a different nature; mystical tribal villages, ancient rice terraces, jungle-smothered peaks and crumbling Spanish churches. Look closer and you’ll see the influence of the island’s rich stew of cultures – Islamic, Malay, Spanish and American – in an exuberant array of festivals, tantalizing food and elegant colonial towns that has more in common with Latin America than the rest of Asia.

Indeed, cut off from the main Southeast Asian overland route by the South China Sea, the Philippines is often misunderstood by travellers and its Asian neighbours, casually dismissed as a supplier of maids, tribute bands, mail-order brides and corrupt politicians, epitomized by the gaudy excesses of Imelda Marcos. Don’t be put off; while poverty and corruption remain serious problems, the Philippines is far more complex – and culturally rich – than the stereotypes suggest.

The Filipino people, who speak more than 150 languages and dialects, are variously descended from early Malay settlers, Muslim Sufis from the Middle East, Spanish conquistadors and friars, and later Chinese traders. It’s an old cliché, but largely true: Filipinos take pride in making visitors welcome, even in the most rustic barrio home. Equally important is the culture of entertaining, evident in the hundreds of colourful fiestas that are held throughout the country, many tied to the Roman Catholic calendar. Never far behind partying is eating and Filipino food is heavily influenced by Spanish and native traditions – expect plenty of fresh fish, roasted meats (pork and chicken) and unlike the rest of Asia, a plethora of addictive desserts, many utilizing the vast array of tropical fruits on offer.

A visit to the Philippines, Baguio, Manila in 1940