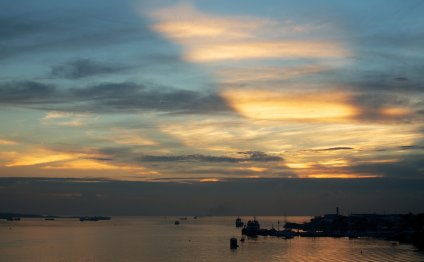 Cebu city, the Queen City of the south

In the urban area of Cebu City there is an important seaport and the nation's second largest airport is located on Mactan Island, near to Cebu City. It makes clear that Cebu city is the economic heart of the southern part of the country. Modern industries, owned by foreign investors as well as local industries, brought a lot of employment.

What has Cebu to offer to tourists?

For tourists the island Cebu, its capital Cebu City and the nearby smaller islands have a lot of attractions. Many things to do and to see.

The charm of the activities in the local service sector,

by day and in the evening

Traces from the Spanish and religious past in Cebu City

Many tourists from abroad will directly fly to Cebu's airport. From Cebu they spread out by boat to the many islands in the Visayas or they stay on Cebu island.

On Mactan island tourism is well developed. Many dive centres and dive resorts (more than 75) arrange day excursions and diving safaris to the surrounding dive sites. Not only in the nearby waters, but especially to the nearby small islands.

pig slaughter, Philippines on the island of Cebu

Exploring the Island of Cebu

Discover the best of the Camotes Islands Cebu

Islands of the Philippines Map

Explore the Map of Philippines: The Philippines consists of 7107 islands with a total area of 115, 813 sq mi. It is located…