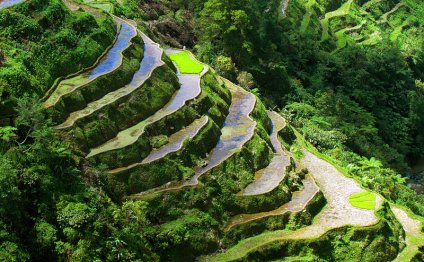 The Philippines is an archipelago of more than 7, 000 islands, bordered by Taiwan to the north, the Pacific Ocean to the east, Indonesia and Malaysian Borneo to the south, and the South China Sea to the west. A substantial expat community enjoys everything the country is famous for – beaches, natural beauty, tropical climate, and a friendly, English-speaking population – plus access to good, affordable health care and a lower cost of living. The country extends numerous incentives to expat residents, including discounts for the 60+ crowd, and the duty-free import of household goods.

Here, we take a look at four cities worth exploring if you’re thinking about retiring in the Philippines.

A Word About Safety.

First, we need to mention that because of continued violence, certain areas in the Philippines should be avoided by travelers and tourists.The U.S. Department of State ( issued a travel warning on Nov. 20, 2014, for the Philippines, and in particular the Sulu Archipelago, the island of Mindanao, and the southern Sulu Sea area. Other areas in the Philippines, including the cities listed here, are generally considered as safe as other places in Southeast Asia. U.S. citizens traveling to – or residing in – the Philippines are encouraged to enroll in the Department of State’s (STEP), which provides security updates and makes it easier for the nearest U.S. embassy or consulate to contact you in case of an emergency.

Known as the “breezy city, ” Baguio sits about 5, 300 feet above sea level in the Luzon tropical pine forest ecoregion, making it an ideal climate for mossy plants, beautiful orchids and lush gardens. Due to its cooler climate, the city was officially designated in 1903 as the “Summer Capital” of the Philippines. Expats enjoy outdoor activities, including golf, horseback riding and biking, as well as Baguio’s many festivals and art gatherings. Baguio has several public and private hospitals. Larger facilities are available in Manila, anywhere from three-plus to eight hours away by land (cars are faster than the bus), or about an hour by plane.

Known as the “Queen City of the South, ” Cebu City combines all the conveniences of a major modern city with close proximity to beaches and mountains. Located in one of the most developed provinces in the Philippines, Cebu is the region's center of commerce, education, industry and trade. It's also home to four large private medical facilities, including the Cebu Doctors’ University Hospital, considered one of the best in the Philippines.

Dumaguete is the capital, principal seaport and largest city in the Philippine province of Negros Oriental. Known as the “City of Gentle People, ” it was named one of the most ideal places in the world to retire in the 2014 Retire Overseas Index released by the Overseas Retirement Letter. The Index considers 12 factors, including climate, cost of living, crime, existing expat community and healthcare. Beach resorts, world-class dive sites, and dolphin and whale watching are a few of the attractions that make this tropical city popular with tourists and expats. Several hospitals serve the area, and a medical resort that will cater to the retirement market is being developed.

Tagaytay sits in a mountainous region of the Philippine’s main island. The town, known for its beautiful scenery and cooler climate – a function of its high altitude – rests on the shores of Lake Taal, in the center of which sits Taal Volcano Island. Called the “Second Summer Capital of the Philippines” (after Baguio in the north), Tagaytay is popular for its beautiful scenery, outdoor activities and two 18-hole golf courses. Tagaytay has several public and private hospitals, and additional choices for healthcare are also available in nearby Manila.

Drawn by the desire for new experiences, access to affordable healthcare and a lower cost of living, more and more people are choosing to retire abroad. The Philippines is home to a large and welcoming expat community. As with any retirement destination, it’s a good idea to visit the area before making any decisions – and try to visit from a resident’s perspective, rather than as a tourist. For more on what you'll need to do, including visa requirements, see How To Plan Your Retirement In The Philippines.

Note: Rules and regulations, visa and residency requirements, and other legal issues are an integral part of becoming an expat. In addition, taxes for those retiring abroad can be quite complicated. It makes sense to work with a qualified attorney and/or tax specialist before you take the leap. Start working through the process by reading