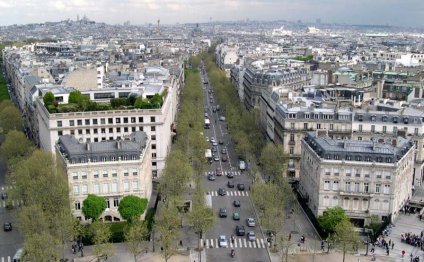 Where the Philippines Came from?

Early History: The Philippine archipelago was settled at least 30, 000 years ago, when migrations from the Indonesian archipelago and elsewhere are believed to have occurred. Additional migrations took place over the next millennia. Over time, social and political organization developed and evolved in the widely scattered islands. The basic unit of settlement was the barangay (a Malay word for boat that came to be used to denote a communal settlement). Kinship groups were led by a datu (chief), and within the barangay there were broad social divisions consisting of nobles, freemen, and dependent and landless agricultural workers and slaves. Over the centuries, Indo-Malay migrants were joined by Chinese traders. A major development in the early period was the introduction of Islam to the Philippines by traders and proselytizers from the Indonesian islands. By A.D. 1500, Islam had been established in the Sulu Archipelago and spread from there to Mindanao; it reached the Manila area by 1565. In the midst of the introduction of Islam came the introduction of Christianity, with the arrival of the Spanish.

Spanish Control: Ferdinand Magellan was the first European recorded to have landed in the Philippines*. He arrived in March 1521 during his circumnavigation of the globe. He claimed land for the king of Spain but was killed by a local chief. Following several more Spanish expeditions, the first permanent settlement was established in Cebu in 1565. After defeating a local Muslim ruler, the Spanish set up their capital at Manila in 1571, and they named their new colony after King Philip II of Spain. In doing so, the Spanish sought to acquire a share in the lucrative spice trade, develop better contacts with China and Japan, and gain converts to Christianity. Only the third objective was eventually realized. As with other Spanish colonies, church and state became inseparably linked in carrying out Spanish objectives. Several Roman Catholic religious orders were assigned the responsibility of Christianizing the local population. The civil administration built upon the traditional village organization and used traditional local leaders to rule indirectly for Spain. Through these efforts, a new cultural community was developed, but Muslims (known as Moros by the Spanish) and upland tribal peoples remained detached and alienated.

Trade in the Philippines centered around the “Manila galleons, ” which sailed from Acapulco on the west coast of Mexico (New Spain) with shipments of silver bullion and minted coin that were exchanged for return cargoes of Chinese goods, mainly silk textiles and porcelain. There was no direct trade with Spain and little exploitation of indigenous natural resources. Most investment was in the galleon trade. But, as this trade thrived, another unwelcome element was introduced—sojourning Chinese entrepreneurs and service providers.

During the Seven Years’ War (1756–63), British East India Company forces captured Manila. Although the Philippines was returned to Spain at the end of the war, the British occupation marked the beginning of the end of the old order. Rebellions broke out in the north, and while the Spanish were busy fighting the British, Moros raided from the south. The Chinese community, resentful of Spanish discrimination, supported the British with laborers and armed men...

One came from the Philippines with mechanical wings ...

Where the word "Cocktail" came from?

Best places in the Philippines

With over 7, islands in the archipelago, there’s more than just nine phenomenal places to see in the Philippines before…