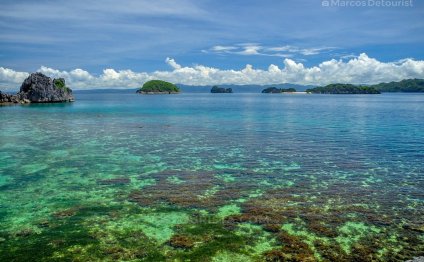 Best places to travel in the Philippines

The Philippines. A country I never thought I’d get to, but I made it and spent 6 weeks there on two different occasions. When I look back at my time in Southeast Asia, my visit to the Philippines is one that sticks out the most. I remember having something new to see and do most of my days there.

Once you visit some places in the world you get a feeling whether you’ll return to them or not. They say it’s a small world, but if you are intending on going to most places, it’s a big world indeed.

With that mind, some countries may not make it on the list for a return simply because you have either found a new favorite or your interests have changed.

Well, not with the Philippines. This magnificent country is one I’ll always go back to. There is such a great amount of places to re-discover, an abundance of beaches, wildlife and scenery that make the Philippines a top travel destination.

The people are some of the nicest and craziest I’ve ever met, but all in good spirits. The Philippines warmed to me as a newly sought traveler, unsure of what was ahead. I’ve re-invested my love for this particular country and it’ll always remain that way.

Here are my 12 best memories from the Philippines

Marveling at the Bananue Rice Terraces

These steep terraces were actually some of the last things I visited whilst in the Philippines. I instantly was lured to them soon as I first saw them through a travel publication. I made the journey 10 hours north of Manila.

The location of them just feels so away from the world, engulfed in mountains, almost like a rice terrace lagoon with death-defying windy roads on the outskirts. I’ve never felt so connected with nature than I did when I visited the Banaue Rice Terraces.

Realizing what Balut was and then EATING IT

I literally went out with a local friend I made, when she and her family told me what it was. I was disgusted! In England it feels like it would probably be illegal to eat something like that, so to my culture and me it was a shock. Although the idea is kind of gross, it actually tasted pretty good with some salt added. (READ: British backpacker's PH adventure: Street food in Manila)

Having been told at the time it was similar to Brazil’s world famous Rio Carnival festival, I knew Sinulog would be extravagant. Now that I’ve been to Carnival in Rio, I see the similarities. The colors, the confidence, the happiness, the commotion it’s all incredibly overwhelming yet at the same time that’s exactly what I like at the best of times. It was exciting and such an experience. (READ: My Sinulog: The personal and the collective)

I remember waking up at 3:30am for the journey ahead, Cebu to Oslob. Initially I had just agreed to come along with a friend who was desperate to go. When we got there it fully hit me what we’d be doing! At first I was nervous to be in the waters with such a large marine creature. After when I saw the images, I knew that it had been an awesome thrill.

After drying off from the whale sharks, a local had told us about a waterfall nearby. With time to kill, we got a lift to the spot. At first I was unaware of how beautiful it may be, until we got there. Hidden away with then no tourists whatsoever, was this magical waterfall, plus a shallow swimming hole. It is still my favourite waterfall in Southeast Asia for that reason. (READ: First time in Cebu? Locals share awesome things to do in 24 hours)

I had been told about these coffins from a couple of Canadians I’d met early in my trip. It was something that just felt far-fetched at the time and I’d never thought I’d get to. I did and was determined to do so. Standing next to them, they had an eerie and mysterious presence. It was an odd sighting, but one that stands out the most. (READ: German traveler's 20 reasons to fall in love with the Philippines)

The Today Show: Here Are the Best Places to Travel to in ...

Best Places to Travel in the World HD

The Best Places To Travel In May