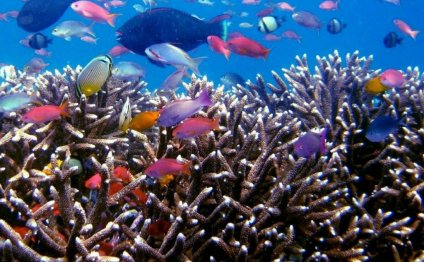 Tourists typically visit Cebu more for the diving than for the culture. (Photo: Images )

Cebu is the commercial and political hub of the south Philippines. Locals, called Cebuanos, speak the dialect of the Visayas-Mindanao region and Filipino tagalog, the national language; but English is widely spoken in locations where tourism is important. Peripheral to the city, many dive-centric resorts and guide services take visitors out to an expansive coral reef.

Cebu City attracts more tourists than any other city in the Philippines. Visitors come primarily from the U.S. and China, with direct flights available from both countries. The city is less than well provisioned with historical sites, but the many nearby beaches are a major attraction; the area is a global snorkeling and scuba destination. Huge flocks of birds, migrating from Russia to Australia, are an impressive sight on nearby Olango Island in the fall. The wildly decorated Jeepneys that serve as buses and taxis are everywhere in the city, and riding them is not only a cheap form of transport but a tourist attraction in itself.

Yap Sandiego Ancestral House (no website: corner of Mabini and Lopez-Jaena streets, Parian; no phone) is a privately owned property. The owners and a caretaker live on-site and charge a nominal admission fee; they use Facebook to update visitors on the attraction. The building dates to the 1600s and is one of a kind in Cebu. It is built on a foundation of native coral; the floors are hardwood planks held in place with wooden dowels, and the roof is Spanish tile. The property is known in Cebuano as "bahay na bato, " which means house made of stone, because parts of the walls are coral rock. Extraordinarily, the stones were stuck together five centuries ago using many tons of egg white and remain solidly in place despite countless typhoons. Structural uprights are mahogany. The interior furniture and knick-knacks all hark back to centuries past; and the tour, conducted by the caretaker, lasts approximately 10 minutes.

Cebu is one of over seven thousand islands in the Republic of the Philippines. Cebu City is the provincial capital; the metropolitan…