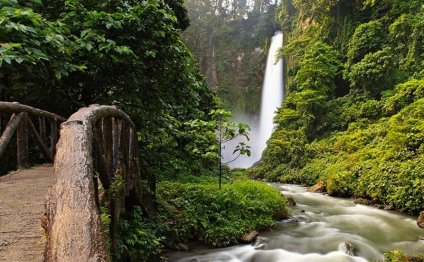 Top places in the Philippines

Although a poor worldwide economy has soured many people on making international travel, the Philippines Department of Tourism evidently has not felt this. According to the group, more than 3.5 million visitors came to the Asian country in 2010 - more than 200, 000 more than the department's goal. Visitors from the United States made up approximately 17 percent of these visitors. Korean visitors accounted for the most tourists, at about 21 percent.

According to numbers based on 2009 travel, the Philippines Department of Tourism reported more than 1.6 million visitors to Cebu, including about 990, 000 domestic visitors. The beaches on Cebu are known for white sand and diving opportunities.

More than 1.4 million visitors came to Metro Manila in 2009, including nearly 1 million foreign visitors. Makati, a central shopping, entertainment and recreation area, is a popular place for locals as well as visitors to frequent during down time.

From the 770, 000 visitors who came to Baguio City in 2009, only about 40, 000 were foreign visitors. Those who come to this area of the Philippines often come to get away from the hustle and bustle of city life, as Baguio features several backpacking trails.

More than 669, 000 people came to Davao City in 2009. Most of the visitors - approximately 615, 000 - were domestic travelers. Many of these visitors came to take part in the Kadayawan Festival, which allows Filipinos a chance to give thanks for a bountiful harvest.

Boracay is a small town on the tip of Panay that welcomes more than 650, 000 visitors per year, including more than 200, 000 foreign visitors. Those who visit Boracay often come to enjoy the area's beaches, shopping and nightlife.

Cagayan de Oro's visitors are by far mostly domestic. From the nearly 360, 000 visitors to the region in 2009, only about 30, 000 were from outside of the country. The city is mostly a stopping point for those who are traveling to Davao or the Camiguin island.

Zambales is a city that welcomes around 323, 000 visitors a year, including nearly 250, 000 domestic travelers. The beaches on Zambales feature surfing spots, dive areas and coral reefs.

Nearly 100, 000 of the 313, 000 visitors who came to Bohol in 2009 were foreign travelers. The area features a lush, jungle-like interior with many native species of animals and vegetation. Visitors also can locate colonial Spanish churches made from coral stone.

From the nearly 270, 000 visitors who came to Puerto Princesa City in 2009, just more than 240, 000 were domestic travelers. The city is not nearly as busy as Manila, but a lack of an abundance of hotels and restaurants makes it less popular.

Top 10 scary places in the philippines

My Top 5 Most Beautiful Places In The Philippines