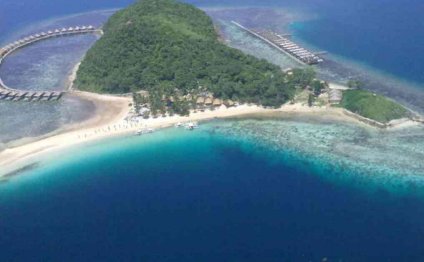 Retirement, for many people, is a way to permanently escape the fast-paced, stressful existence of full-time employment. It is practically a vacation that never ends, so it’s only fitting to choose your location wisely.

Which brings us to the next question: Where to retire? It looks like real estate’s most famous adage “location, location, location” applies here. After all, you’re going to spend the rest of your blissful existence there, not to mention rent or buy a permanent home, use the location’s infrastructure, and mingle with the locals.

And the Philippines is one of the countries that’s got a host of locations tailored for a retirees’ convenience. After all, we’ve been bragging about our English skills, warm hospitality, and gorgeous beaches to attract tourists, so why not ask them to stay for good. Here are 10 of the best locations that every foreign retiree may consider moving to.

Proximity to Manila is perhaps Laguna’s biggest draw. Its towns and cities immediately south of the capital boast new developments. These include Ayala Land’s Nuvali project in Sta. Rosa City, which is an integrated township that includes gated communities, medium- and high-rise condos, offices, and retail shops.

The same developer also has a golf-residential project in Laguna called Ayala-Greenfield Estates, which is idyllically sitting atop the slopes of Mount Makiling.

Similar to neighboring Laguna, Cavite’s proximity and easy access to Manila are two of its major draws, which it uses to its full advantage. The province is highly accessible from the capital either through the South Luzon Expressway from Muntinlupa City, or the Manila-Cavite Expressway from Pasay City.

The province is also fast becoming a real estate hotspot, not only to locals and OFWs looking for homes, but also to well-heeled investment or leisure property buyers.

According to Professor Enrique Soriano III, a senior advisor at Wong & Bernstein Group, Cavite has a number of assisted-living facilities with a dedicated medical wellness program specific for retirees.

One of them is Saujana Premiere in the town of Silang, which is being positioned as the first holistic wellness center for retirement-age citizens.

There’s also the province’s famous Tagaytay City, which has for years been attracting tourists and retirees alike. The city also teems with restaurants, hotels, golf resorts, and many other leisure options. In fact, Tagaytay enjoys that unique characteristic of being both a tourist spot and a retirement haven.

According to Matti, the province of Cebu has that unique combination of urban attractions in close proximity to provincial life. The province, especially its Metro Cebu area, boasts top schools, hospitals, plenty of entertainment options, and an international airport.

The province has for years been Central Philippines’ main business hub, and now a growing medical tourism destination, thanks to its hospitals. In recent years many large real estate developers have unveiled their own projects in Cebu, such as Megaworld’s Mactan Newtown, Ayala Land Premier’s 1016 Residences, and Alveo’s Solinea.

According to CBRE’s Matti, the increased developments happening in this former U.S. base make it more interesting by the day. Already a top retirement area among Americans, it’s also fast becoming popular for locals as well.

Philippines - Why Best Place for BPO (Part 2 of 2)

BEST PLACE in the PHILIPPINES

We all know travel is best when you have some kind of insiders tips about what to see, do, eat, and what to avoid, as well…

Best places To stay In Cebu

Our long-overdue romantic getaway to Abaca finally pushed through in late 2011. We only had time for an overnight stay and…