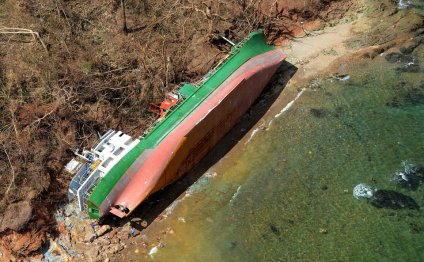 The northern tip of Cebu is endowed with rich waters and dotted with beautiful islands with white sand beaches, Bantayan Island is one.

Bantayan Island is made up of three municipalities of the province of Cebu – Bantayan, Madridejos and Sta. Fe. Bantayan takes up the western and central areas and known for its picturesque sunset and centuries old church. Madridejos is a fishing village and known for its rich history. Lastly, Sta. Fe boasts of its beautiful sunrise and famous for its wide stretch of fine white sand beach.

There is no easy way of getting to Bantayan Island, but the journey to this little paradise will be rewarded by the charm of this tropical island. Bask in the sun, feel the sand and enjoy the sea of the paradise that is Bantayan Island!

How to get to Bantayan Island

Bantayan Island has its own airfield but no commercial airline fly to the island since 2011 which makes Mactan Cebu International Airport as the nearest with commercial operation.

Cebu City is the gateway to Bantayan Island. From Cebu City, catch a bus in Cebu North Terminal going to Hagnaya Port in the town of San Remigio. Travel time is three hours and fare is P160 for aircon bus (as of February 2014). There’s a bus that leave Cebu City as early as 4AM, with the last trip at around 5PM daily.

In Hagnaya Port, catch a public ferry to Sta. Fe. The ferry ride is approximately one hour for P170 (as of February 2014). Ferry departs Hagnaya Port to Sta. Fe as early as 7AM with the last trip at around 5PM daily.

If you are coming from Leyte, there are buses to Bogo City from San Ildefonso and Tacloban City. These buses cross Camotes Sea via Ro-Ro barges in Palompon to Bogo City and from there Hagnaya Port is less than an hour ride.

Getting to Cebu City

Being a premiere Visayan city, getting to Cebu from any point of the country is easy for it serves as hub of most airlines and shipping companies.

Cebu City is accessible via ferry ride from different ports of call in the country. Numerous shipping lines dock in the city including 2Go Travel, Cokaliong Shipping, Montenegro, SuperCat and OceanJet.

Getting Around and Away

Tricycle and motorbikes are the main mode of transportation around the island, minimum fare is P10. There are also jeepneys and multicabs that go from Sta. Fe to Bantayan and vice versa but the trips are limited. Bicycles are also available for rent in most resorts/hotels.

Goinf out of Bantayan Island, catch a ferry from Sta. Fe Port to Hagnaya. The earliest trip is at 6AM and the last is at 4:30PM daily. Fare is P170 (as of February 2014) and travel time is approximately one hour.

Where to Stay in Bantayan Island

Most tourists stay in the beach area of Sta. Fe where accommodation ranges from as low as P500.00 for a single fan room to by the thousands for fancy air-conditioned room on high end resorts.

It took me minutes before I jumped because I was really nervous. Like I did the sign of the cross and prayed for my safety…