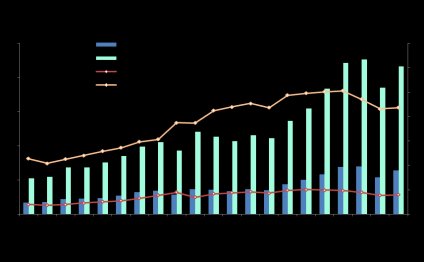 Travel and Tourism industry in the Philippines

The report brings together Canadean's research, modeling and analysis expertise in order to develop uniquely detailed market data. This allows domestic and foreign companies to identify the market dynamics and to discover which segments will see growth in the coming years.

Key Findings
- travel and tourism sector performed well during the historic period (2010-2014), with growth recorded in both domestic and international tourist volumes. The main factor for growth in international tourist inflow was the Department of Tourism's (DoT) continuous efforts to promote as a key tourist destination in the region, particularly following the natural disasters that hit the country badly during 2013.

- The DoT launched a new campaign "Visit the Philippines Year 2015", through its marketing wing Tourism Promotions Board. The campaign was introduced in 2014 with the objective to attract 8.2 million visitors in 2015. The DoT is targeting private tourism stakeholders to take part in the campaign and through these, it wants to attract visitors. An exclusive website ( has been developed to highlight the calendar of events for the entire year.

- The inclusion of tourism as a major pillar in the Medium Term Philippine Development Plan (MTPDP) 2004-2010 has given priority to the tourism sector by promoting as a key tourist destination and investment site. The government revealed The Philippine National Tourism Plan (NTDP) to outline a strategic framework and provide an action plan to guide the Department of Tourism (DoT) and other stakeholders to develop tourism sector during 2011-2016. One of the key areas of focus during NTDP 2011-2016 will be to increase connectivity between and its major growth markets such as, and increase the capacity of secondary international airports (airports that are capable of handling international flights but are not designated as primary international gateways).

- Flying is the preferred mode of transport in as the country is an archipelago consisting of over 7000 islands. Revenues of airlines industry totaled PHP301.9 billion (US$6.9 billion) in 2014, a decline of -3.9% over the previous year. The fall was due to a significant decline in the number of tourists from, the largest source of inbound tourism to, due to safety concerns. On the whole, revenues increased marginally, at a CAGR of 0.91% during the historic period.