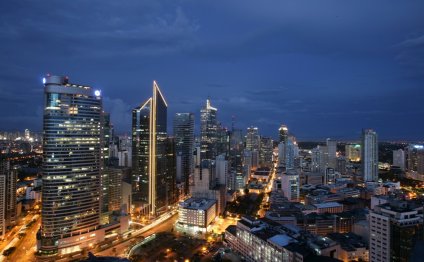 The Capital of the Philippines, its heart and soul, is Manila. It set's the archipelago's rhythm and is pulsating hub that blends the Oriental with the Occidental, the quaint with the modern, the day-to-day norm with the extraordinary.

At the heart of Manila's history is Intramuros. It features the grand Manila Cathedral with its detailed stone carvings and stained glass mosaics; Fort Santiago, the site of torture chambers and dungeons; and the favorite wedding spot, the San Agustin Church.

Greater Manila, made up of 11 cities and 5 towns, is where the country's most prestigious business addresses and trendiest leisure establishments are found. Fashionable hotels, restaurants, discos, music bars, boutiques, and specialty shops converge around sleek Ayala and Ortigas Centers.

Other major cities include Quezon City, also an entertainment hub as well as a government center; Marikina City, the shoe center of the Philippines; Paranaque City, known for its dry goods and seafood markets and restaurants; and Las Pinas City, which houses the world's only bamboo organ at St. Joseph's Parish Church.

Calabarzon, comprised of the five provinces of Cavite, Laguna, Batangas, Rizal, and Quezon, is only a few hours away from Manila. The area boosts of great destinations and leisure activities for day trips or overnight getaways as well as export processing centers.

The u-shaped government belt within Luneta features the National Museum, the Museum of Filipino People, and the Department of Tourism building, future address of the Museum for Natural Sciences.

A stone's throw away from Rizal Park are the districts of Ermita and Malate, known as Manila's Tourist Belt. Ermita is antique and art galleries, curio, and souvenir shops, while Malate is cozy cafés, music lounges, and performance theaters.

Roxas Boulevard, which extends from Paranaque City to Manila, is the bay area from where one can have a view of the famed Manila Sunset. It is also lined with posh hotels, casinos, and lively nightspots. The Baywalk, a promenade along the boulevard, features bars and restaurants with nightly entertainment.

Metro Manila is one big gastronomic adventure. Fusion cuisine as well as authentic fare abounds in centers and hubs as well as alongside streets and off-the-beaten-track. To name a few, the Ilustrado Restaurant in Intramuros serves Spanish provincial cuisine; the Old Malate district is a favorite Watering Hole; while authentic Chinese cuisine can be had at Binondo.

Manila Tourism Video (Do it in a creative way!)

Heritage Tourism in the Philippines

Preserving heritage and cultural resources can facilitate economic growth. This was the consensus of the experts who participated…

Department of Tourism in the Philippines

Last September Lokal Hostel was accredited by the Philippine Department of Tourism (DOT). This was a fist pump moment for…