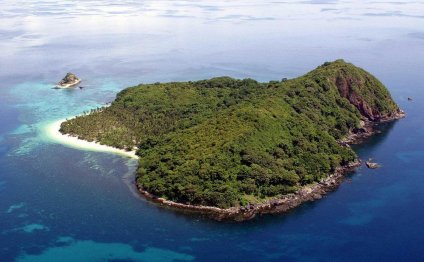 They might well have been referring to the geographical distance of the country from mainland Asia. Composed of more than 7000 islands, the Philippine archipelagic state was a political creation of Western colonizers. It was Spain during the 16th century that united the major islands of the Philippines—if it hadn’t occupied the islands, the Philippine nation state wouldn’t have existed.

Philippine society evolved differently from other Asian nations. For example, the Philippines (aside from Timor Leste) is the only Christian-dominated nation in Asia. The blending of Western and native cultures created a unique society that’s neither Western nor Asian.

Many Filipinos are unsure about their identity and although they believe they’re Asians, many also feel closer to the West, especially the United States. Indeed, they seem to be prouder of their Western upbringing than their Asian identity. This colonial mentality has been identified as one of the negative traits of many Filipinos.

South-east Asia is defined as a purely geographical concept in the Philippines and Filipinos often don’t appreciate nor understand the cultural and religious practices of their neighbours. They’re also unaware of Indochina politics.

The Philippines was used as a launch pad by the United States during the Vietnam War. But while panic swept the rest of the region when Cambodia and Thailand almost went to war over a border dispute, the Philippines didn’t express any sense of alarm over the situation.

To Filipinos, their place in South-east Asia is just an accident of geography. This is unfortunate, because the Philippines’ detachment from mainland South-east Asia could have been maximized to exert political leadership in the region. By not being involved with the numerous squabbles in Indochina, the Philippines could have played the role of objective arbiter in the various regional conflicts and disagreements.

What is Asia Society Philippines?