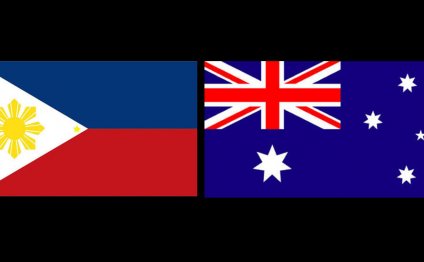 Australia is the sixth largest country in the world in land area, covering 7.6 million sq km, and has a population of more than 23 million. It has a stable, culturally diverse and democratic society and has one of the strongest and most competitive economies in the world, with an estimated GDP of A$1.5 trillion.

Australia is strongly engaged with the rest of the world and was a founding member of the United Nations. In addition, Australia has a strong network of alliances and partnerships to advance its international interests.

A strong foreign and trade policy focus for Australia is strengthening its already significant engagement with countries in the dynamic Asia-Pacific region. As a founding member of APEC and active participant in the East Asia Summit (EAS), Australia is also helping to build regional institutions that foster stability, security and prosperity across the region.

Australia and the Philippines marks 70 years of bilateral relations in 2016 and will showcase the close and broad relationship. Formal relations commenced with the opening of Australia’s first Consulate General in Manila in May 1946.

Today, the relationships have grown and encompass an ever increasing people-to-people link; development assistance towards sustainable growth; trade and investment to expand economic ties; defence; and law enforcement cooperation.

Australia and the Philippines have a long history of bilateral cooperation. Both countries have much in common, being geographically proximate and sharing perspectives on many regional, economic and security issues.

The signing of the Joint Declaration on Philippines-Australia Comprehensive Partnership on 18 November 2015 acknowledges the increasing breadth and depth of Australia-Philippine relations.

Australia, as a longstanding friend and neighbour of the Philippines, will continue to be a committed partner in the pursuit of sustainable development in the Philippines.

Growing people-to-people links are encouraged through trade, investment, cultural exchange, education tourism and migration. More than 250, 000 Filipinos have made Australia their home and continue to make positive contributions to Australian society.

The Philippines’ remarkable economic growth performance looks set to continue, built on governance reforms and a dynamic commercial sector. This will create new, mutually beneficial opportunities for trade, investment and business with Australia, which has the potential to stimulate more growth in both countries.

Australia’s trade relationship with the Philippines is supported by the ASEAN Australia New Zealand Free Trade Agreement (AANZFTA). Total trade between the Philippines and Australia was valued at A$4.1 billion in 2014, 65 per cent higher than in 2010, when AANZFTA entered into force.

AANZFTA is the most comprehensive FTA ASEAN has concluded, and governments have been working to ensure that further benefits flow from the agreement. AANZFTA also provides the foundation for the Regional Comprehensive Economic Partnership (RCEP), negotiations for which are slated for conclusion by the end of 2016.

There are more than 200 Australian firms operating in the Philippines, including some of Australia’s largest corporations. These firms employ an estimated 30, 000 Filipinos and benefit from their strong education and excellent English language skills.

There is widespread recognition that the economic relationship between Australia and the Philippines has significant potential. The Philippine and Australian foreign and trade ministers meet under the auspices of the Philippines-Australia Ministerial Meeting (PAMM). The PAMM sets the direction and vision of the bilateral relationship and serves as a forum to discuss initiatives and activities to strengthen the partnership.

The fourth PAMM was held in February 2014 and ministers agreed that increased trade and investment could be supported by: promoting greater utilisation of AANZFTA; encouraging private sector exploration of new business opportunities; and by streamlining business regulations and boosting productivity.

Senior officials identified specific activities that could boost trade and investment between Australia and the Philippines during discussions in December 2015. This agenda will be further developed and implemented throughout 2016.