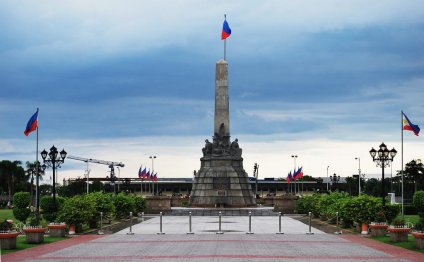 Heritage Tourism in the Philippines

Preserving heritage and cultural resources can facilitate economic growth. This was the consensus of the experts who participated in the forum Nurturing Cultural Heritage Tourism in the Philippines last 27 May 2014 held at the Meralco Caseroom of the Asian Institute of Management, Makati City.

Hon. Eva Marie Singson-Medina, the City Mayor of Vigan, said that the local government was able to capitalize on its rich history and culture, including architectural structures and heritage sites, to bolster the city's economy. Through heritage tourism, it was able to evolve from a 2nd class municipality earning PhP 27 million in 1995 to a 1st class municipality earning PhP 329 million by 2013.

Thus, poverty rate in Vigan decreased from 45% in 1995 to 7% in 2013. Hon. Singson-Medina added that the local government plays an active role in identifying the strategic plan for the city and all stakeholders are involved in the transformation. To run the city tourism project, the local government of Vigan established partnership with local organizations, businesses, and the Spanish government to protect the city’s cultural heritage. Many of the cultural heritage spots of the city bear Spanish influence.

Likewise, bringing local products to the international market also contributes to the country’s economic growth. Ms. Lenora Luisa A. Cabili, the founder Filip + Inna, shared how fabrics woven by various indigenous groups in the Philippines are slowly being recognized in the international fashion industry. Her stores in several countries abroad showcase not only the beauty and craftsmanship of the local fabrics but also the story of the artisans. Each item of Filip + Inna has an artisan tag that identifies who made the fabric. From a handful artisan, Filip + Inna has grown to employ 70 women from several indigenous groups in Mindanao. Her brand has received attention from Asian and Western designers such as Tory Burch.

To overcome the challenges, Dr. Fernando N. Zialcita, Professor of Cultural Anthropology from Ateneo De Manila University and Ms. Teresa Custodio, President of Island Caravan Tours, Inc. emphasized the need for a qualified pool of tour guides as well as a set of narratives that documents the history and facts about a town or an event. To better promote heritage tourism in the Philippines, there is a need for qualified and competent tour guides that are able to narrate stories to the tourists. These stories should not only be dates or events, but key information that is of value to the tourist. They should be well-versed in politics, economics, social sciences, and history. In addition, local narratives should also be documented in every municipality that seeks to promote heritage tourism. These local narratives can either be in the form of historical events, historical controversies, and even culinary history. Indeed, as what Mr. Jose Ricardo Molina, the Executive Director of Fundación Santiago said that for heritage tourism to succeed, it needs ownership of communities involved. Stakeholders should harness cooperative advantage more than competitive advantage.

Indeed, for Filipinos to become active in preserving our cultural heritage, awareness is key. Being aware and appreciating culture, tradition, and history is the first step. Proactively taking action to protect this would immediately follow suit.

The forum was organized by the AIM Dr. Andrew L. Tan Center for Tourism in partnership with Fundación Santiago. Approximately 50 participants from the government, the private sector, and the academe from the travel and tourism industry attended the forum.

Tourism Plays Catch-up in the Philippines