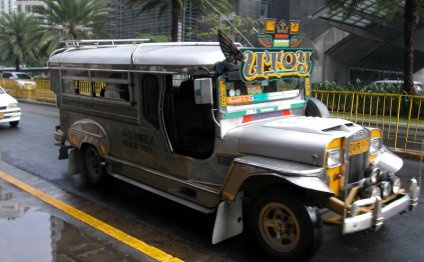 Should the listing for the World War II Manila American Cemetery and Memorial be moved to See? As I recall from when I was there, it is not that far from central Manila, so could it be considered part of Manila itself? Brendio 16:09, 17 Jan 2006 (EST)

Where is the section on get around?

I think a few good pictures of some of the attractions here would really improve the article... However, I have none and am not planning on going there in the forseeable future! Get to work wikitravellers! Tsandell 16:50, 21 May 2006 (EDT)

Hey, a lot of the articles pertain to Metro Manila and not Manila proper alone.

Should we add a disambiguity page to differentiate the City of Manila from Metro Manila? Oftentimes, the term Manila refers to Metro Manila, not just Manila City. When traveling in the provinces, for example, when asked, people would often say taga-Maynila ako (I'm from Manila) even if they've never stepped foot on Manila City (an unlikely possibility, though). Rubybox 04:31, 7 March 2007 (EST)

I have done a lot of reorganization work on the Manila area articles today, and I am now of the opinion that "Manila" should redirect to Metro Manila, and the City of Manila should be renamed Metro Manila/Manila. The reasons include the fact that most of the information for the Get in and Get around sections is common to all because the mass transportation really covers all of Metro Manila. I myself have spent some time in Manila and didn't even realize that Makati is technically a different city. Locals don't really pay heed to the boundaries either, as the article itself states. The boundaries are really non-existent when it comes to the traveller, so I'd rather treat the City of Manila as a district subset of the Metro area. Any thoughts? Texugo 05:35, 11 October 2007 (EDT) Very strong no. Manila should be called Manila, period, and it should cover all of Metro Manila. If you've spent time in Makati and didn't realize it's technically a different city, then we shouldn't consider it a different city either, and it should be named Manila/Makati. Jpatokal 07:31, 11 October 2007 (EDT) Well, I'm not sure how that's a very strong no as it mostly agrees with my point. I'd actually prefer to call everything Manila as you suggest. However, if we put everything under the umbrella of plain Manila we end up with a BUTTLOAD of districts: Actual Manila's own 16 plus Metro Manila's 13 other cities. If everyone agrees, some of the actual Manila districts might be made combined district articles, but still... It's a tough call because actual Manila is divided into 16 district articles while Quezon City, 5 times larger than actual Manila, has only one article. If we put everything under the umbrella of Manila (which is perfectly fine with me), perhaps we still need some kind of Manila/Manila article to hold together the more popular districts of the actual city itself. Certainly places like Malate, Ermita, and Intramuros deserve their own articles even though they are 100th the size of a place like Quezon City. Texugo 19:43, 11 October 2007 (EDT) We don't need to follow the official districts! Split up the city in a way that makes sense for the traveller, then redirect the official...

30 Reasons to Stay in the Philippines

A death in the Philippines-Remember to Stay Safe