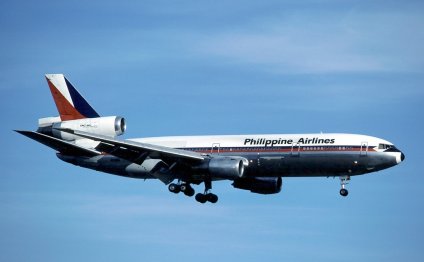 Prior to the second liberalization of the Philippine airline industry in 1995, state-owned Philippine Airlines enjoyed virtual monopoly with the country's adopted policy of "one country, one airline" imposed during President Ferdinand Marcos' administration. The government's subsidy in the form of mail freight payments supported the company's massive expansion program in the 1960s. During the 1970s, the government ordered the absorption by Philippine Air Lines, Inc. of two other privately owned airlines; Air Manila and Filipinas Orient Airways - to form Philippine Airlines as the single flag carrier of the Republic of the Philippines.

This list of airlines enumerates local airlines in the Philippines which have a current air operator's certificate issued by the Civil Aviation Authority.

Although, the Philippines lists many registered airline companies mostly chartered, the competition has reduced from four competing airline groups to three. In 2014, Cebu Pacific which acquired the Philippine unit of Tigerair, continues to surge with 61% of the market share, up from 57%. The Philippine Airlines-PAL Express group continues to plummet from decades of dominance which only got 29.2%, down from its previous share of 35% in the domestic market. The PAL group however is still unbeaten by Cebu Pacific group on the international market. The AirAsia Zest-AirAsia alliance gets managed to increased its market share slightly to 9.6% from 8%.

In 2013, SkyJet Airlines, a new airline company launched its domestic commercial flights to leisure island destinations such as Batanes, Palawan, Baler, Balesin and Boracay. For island destinations, SkyJet is competing with another small airline Island Transvoyager.

Other locally registered airlines operate either domestic charter services or cargo services only.